The history of Kraków’s Jewish community is both vibrant and shocking. It has shaped how whole districts of the city look and much of Kraków’s culture. For many, Kraków and Auschwitz are synonymous with the Nazi genocide. But there are joyful aspects of Jewish Kraków, with plenty to offer visitors to the city. This guide covers the key areas and attractions of Jewish Kraków. 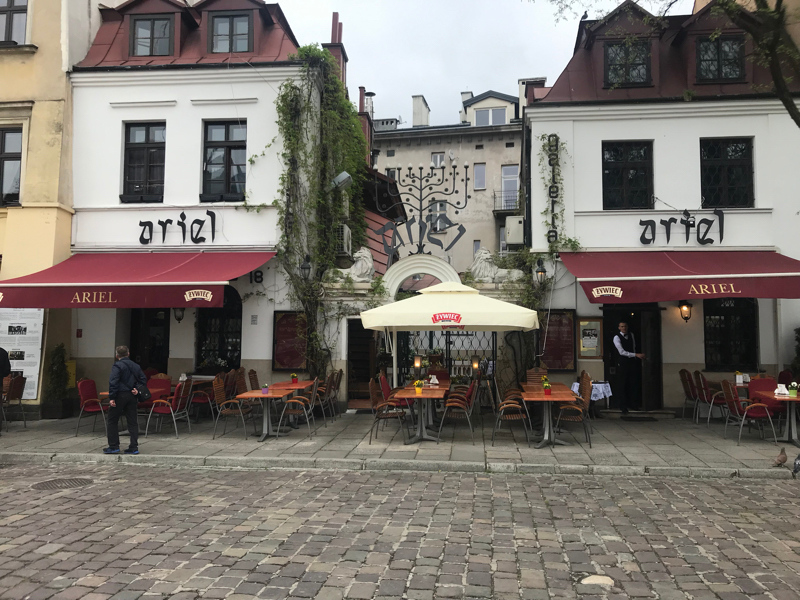 There has been a Jewish community in Kraków for 700 years and, by the early 20th century, this formed a significant percentage of the city’s population. Historically, Jewish people have lived mainly in the district known as Kazimierz, just outside the old city walls. Today, Kazimierz is one of the most vibrant areas, full of great bars and restaurants, but it also retains something of its pre-war flavour around Szeroka, which once functioned as a main square and which houses a number of important synagogues.

This community was destroyed in the 1930s when the Nazis enacted a brutal campaign against Jews, first by banishing citizens to a ghetto across the river in Podgórze. This is an up-and-coming district of Kraków but the main reason to visit today is the museum at Oskar Schindler’s factory. It tells in exacting and frightening detail how quickly the Nazis worked. This malevolent history is told most affectingly at the Auschwitz-Birkenau camps, which is a profound and troubling experience.

We cover the key areas and landmarks in our Kraków Itineraries but the best way to truly understand the history is to take part in a tour with a knowledgeable guide.

Please be sure to wear a head covering as a mark of respect when you enter any holy site or cemetery and dress appropriately. Also, be aware that opening hours are subject to change, especially in synagogues which may be closed for private events.

A Brief History Of Jewish Kraków

The story of Jewish life in Kraków is long and extremely rich, though marked with periods of terrible violence. These historical extremes are still clearly visible in the city today, which make for a profound – and sometimes frightening – experience. Few places in the world offer the unspeakable warning of Auschwitz-Birkenau but also the vitality of contemporary Kazimierz.

During the 13th centry, Kraków lay on a trading route from Prussia to Prague and Vienna, when the first recorded Jewish merchants arrived in the city. By 1335, King Casimir the Great had founded the town of Kazimierz, outside Kraków’s city walls, naming it after himself. Throughout the 14th century, Kazimierz became an established centre for the Jewish community.

Disagreements between Jews and Gentile residents of Kraków are first recorded in 1369 and continued into the following century. This include governmental strictures around property, finance, and business, and anti-Jewish violence erupted periodically. Finally, Jews were expelled from Kraków to Kazimierz. However, the Jewish community firmly established itself as a key religious centre during this period and in 1407 construction began on the Old Synagogue, which you can still visit today.

Kazimierz grew in size and stature during the 16th century. This was the era of Rabbi Moses ben Isserles, one of the most revered Jewish commentators and intellectuals. By 1644, there were seven main synagogues in Kazimierz and the population continued to welcome Jewish immigrants fleeing conflict elsewhere. However, there were more disputes with Christians over trading rights and the Jewish community suffered during the Swedish occupation of 1655-57. Plague devastated Kazimierz in 1677.

Kraków’s history is increasingly complex during the 18th and 19th century, as Kazimierz became part of Austria, then the Grand Duchy of Warsaw, then as part of the Kraków Republic. This era saw Kazimierz divided from and finally merged with Kraków, with huge consequences for the population. Rights were taken away and granted, depending on whom controlled the region. A particularly brutal period, known as the Confederation of Bar, saw Jews murdered and exploited by both Polish nobles and encroaching Russians.

By 1900, Jews became more assimilated into the wider, but more secular, culture of Kraków. At the same time, there was a flourishing of Jewish nationalism, and self-defence groups began to organise in defence against rising anti-semitism. By 1939, there were 60,000 Jews living in Kraków, a quarter of the entire population.

The museum at Schindler’s factory gives a sobering overview of how rapidly the Nazis destroyed Jewish life in Kraków after the invasion of Poland in September 1939. In April 1940, Jews were ordered to evacuate the city, reducing the population from 35,000 to 15,000 within four months. In March 1941, all remaining Jewish residents were moved to the ghetto in Podgórze, from which the ZOB resistance group operated. There is now a stark monument to the Kraków ghetto in Plac Bohaterów. Deportations to the extermination camp at Bełżec began in June 1942 and then to the Płaszów labour camp from March 1943. After the Holocaust, the population dwindled to nothing in Kazimierz.

Poland was part of the Soviet Bloc until 1989 but, since then, there was been a renewed interest in Jewish history and culture in Kraków. The early 2000s, in particular, saw concerted attempts to rebuild the Jewish community here and the proliferation of excellent new museums has opened up this world for tourists. Today, Kazimierz is one of the most vibrant parts of Kraków. 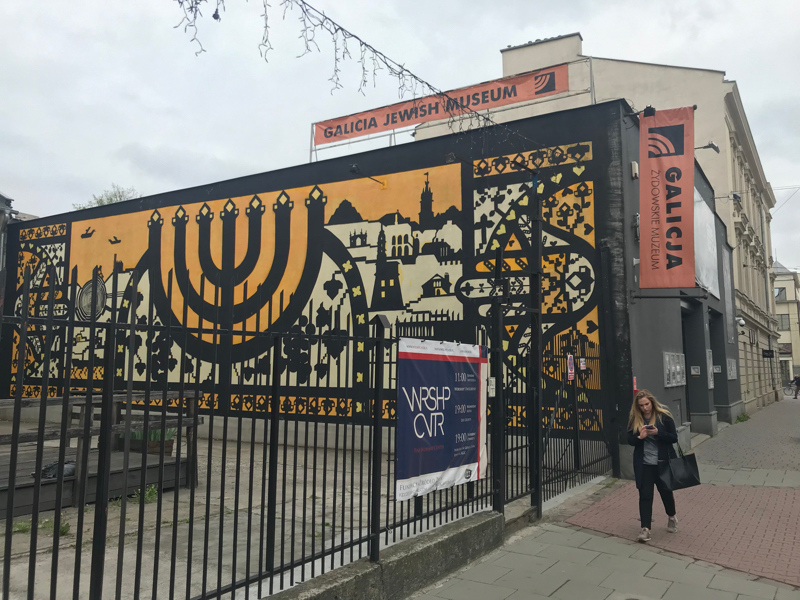 Kazimierz is one of Kraków’s most exciting districts. There are lots of places to eat and drink, and a real buzz, despite being a tourist favourite for a few years. It was where the Jewish community lived for over 500 years and this is most immediately apparent in the streets around Szeroka. We include a number of highlights on our Kraków itinerary pages, but the best way to see the area is to take part in a tour of the area.

Things To Do In Kazimierz

Although we focus on Jewish attractions on this page, Kazimierz is full of other interesting things to do and makes a great base if you want the livelier side of Kraków. It’s a great area to get to know on foot.

Where To Eat And Drink In Kazimierz

How To Get To Kazimierz

Kazimierz is located between the Old Town and the Vistula River, and is really very close to Wawel Hill. Szeroka is roughly 1.5km from Rynek Główny (the main Market Square) and only a brisk 15-minute walk. However, you can also take a number of trams from the Teatr Słowackiego stop at the north end of the Old Town, including the 24, 73, and 74. Get off at the Miodowa stop and ul. Szeroka is less than 200m away.

Alternatively, you could book a tour that includes transport from your accommodation or a central meeting place. 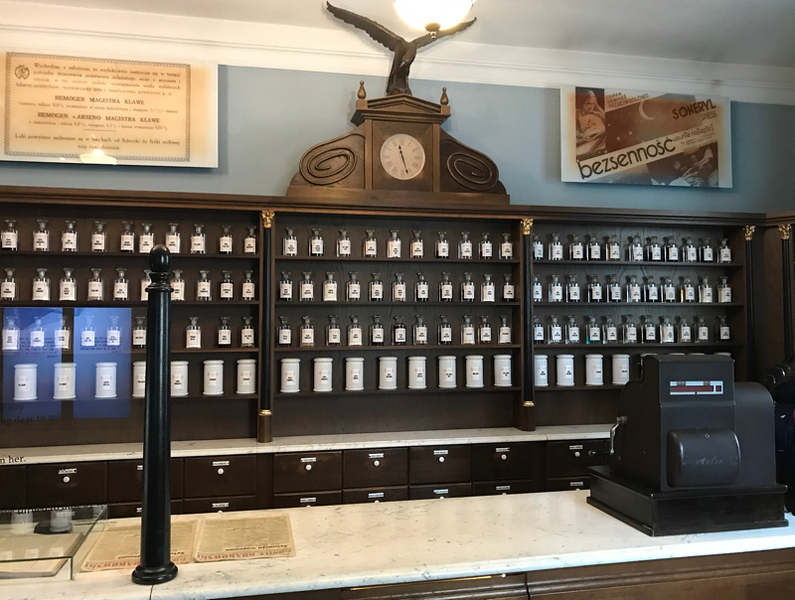 With few of the traditional charms of Kazimierz, Podgórze can seem a bit lonely and even a bit ugly in comparison. However, the relatively recent opening of a world-class museum and gallery gives the impression that this area may be completely transformed in future. For now, Schindler’s Factory is reason enough to cross the river and get to know this district.

Our Kraków itinerary pages include highlights from both Kazimierz and Podgórze, but the best way to see the area remains taking part in a tour.

Things To Do In Podgórze

Where To Eat And Drink In Podgórze

The choice of places to eat around the main attractions in Podgórze is more limited than in Kazimierz. However, while breaking the Jewish theme of this page, the following are recommended and will certainly leave you satisfied.

How To Get To Podgórze

On the opposite side of the Vistula river from Kazimierz, Podgórze is less convenient to reach and the area’s attractions are more spread out. You can cross the Bernatek bridge on foot if you happen to be coming from Kazimierz. Otherwise, the means of transport depends which attraction you want to visit first.

There are trains from the main station to Kraków Zabłocie, which is a five-minute walk to Schindler’s Factory in one direction, and a three-minute walk to plac Bohaterów Getta in the other.

The #50 tram from the Dworzec Główny Tunel (beneath the main train station) stops at Zabłocie, which is a six-minute walk from Schindler’s Factory. And you can get a number of different trams from the Teatr Słowackiego stop at the top of the Old Town to plac Bohaterów Getta, including the 24, 73, and 74.

Another option is to book a tour to Schindler’s Factory that includes transport from your accommodation or a central meeting place. 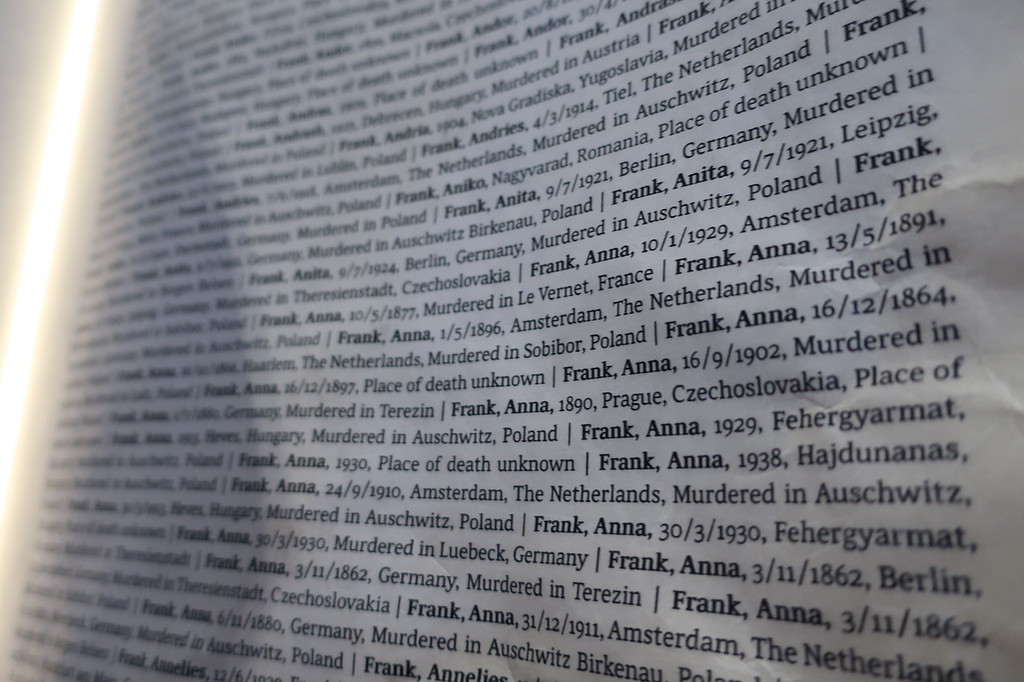 The concentration camps in Oświęcim have come to represent the mass Nazi genocide of Jewish people from Germany and other occupied territories, as well as Poles, Roma, Soviet citizens, and others likely to have been murdered here.

Words do not convey the sombre, profound, even frightening experience of visiting the camps and, while it isn’t right to describe this as a tourist attraction, we recommend everybody takes the opportunity. You can get a good sense of what to expect from our walkthrough. There are some valuable tips at the end.

You’ll find information about opening hours and tickets on our How To Get To Auschwitz-Birkenau From Kraków page.

Where To Eat And Drink In Auschwitz

There is a small snack bar and other places to get food and drink outside the museum, but we recommend bringing a packed lunch with you and plenty to stay hydrated. This can be a long day.

If you are looking for a sit-down meal, try either of the following hotels, both of which are close to the museum:

How To Get To Auschwitz

The remnants of the Auschwitz-Birkenau camps are just outside Oświęcim, almost 70km to the south of Kraków. The best way to get to get there is as part of an organised tour. Every aspect will be organised for you, including a hotel pickup, if your specific tour includes the option. And, once you arrive, a guide will share expert knowledge of the camps.

Otherwise, you can get there by bus, private shuttle, taxi, or train. The bus is the cheapest, whereas a shuttle or taxi are the most convenient. The train is the least convenient option. See our comprehensive How To Get To Auschwitz-Birkenau From Kraków page for full details. This includes opening times and other details.